Our mission is to provide an elegant, clean and creative space perfect for business travelers, local professionals, home based businesses, or club meetings. With our convenient location, availability, competitive rates and incentives, we provide a unique option for businesses and individuals looking for a professional and pristine location on the Big Island of Hawaii.

Continue working without interruption! We can provide you with a personalized receptionist, virtually!

Our Professional MailBox service is perfect for the home based business, mainland companies looking to expand to Hawaii or outer island companies. We can provide a presence for you right here in Kailua-Kona! 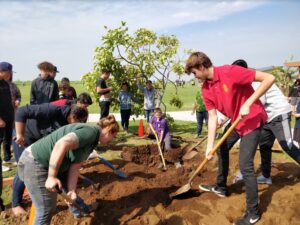 In 1979, a Kona coffee farmer put a potted houseplant outside. It was a baby Banyan tree. Over fourty years later, the tree measured eighteen feet in diameter on one side and its canopy covered over a quarter acre of the farm. After months of working to cut back the tree, Becky Holt and her team still hadn’t found the original pot! This is not an uncommon story. In our island climate where everything grows like crazy, how do you know the good trees from the mischievous, or worse? And most importantly, how do you keep them healthy and looking beautiful for generations to come? I sat down with Becky, Managing Arborist of Mother Earth Tree Service, to talk trees.

Before there were people living in the Hawaiian Islands, there were trees. Palm trees…but not the kind you’re probably thinking of. I’m talking about fan palms called Pritchardia. If you shut your eyes, you can almost hear the music of their leaves swaying in the sea breeze. It was the sea that brought them here, their seeds carried on currents through the south Pacific. They weren’t the only ones. “Many native and culturally significant trees like the Hala, or the Hau, or Milo have seeds that float,” says Becky.

Hawaiʻiʻs most iconic tree isn’t actually native to the islands. The Coconut Palm was brought here by Polynesians. Today, coconut palms are the most common palm in the islands. But they can be a headache for business owners and property owners, especially those who are unfamiliar with the tree.

What other tree grows something that is both a weapon and delicious sustenance? “Coconut palms grow these cannon balls that can kill you,” says Becky, “it’s important to have them regularly trimmed.” Unlike other trees, you can’t control the height of the palms with pruning. Palms are actually much more like grass than like a tree in the way they grow, says Becky.

This tree’s big showy orange flowers often trick those who don’t know. This is not a tree you want to plant or want on your property, says Becky. The tree is as thirsty as a pack of camels. It’s biologically programmed to soak up as much water as it can, kind of like a cactus in the desert. The problem is, that there is always water available in Hawai’i, and it doesn’t know when to stop. The unlimited access to water causes it to grow at science fiction-worthy rates of a foot a month. This kind of fantastic growth means the tree is not structurally sound and is prone to breaking, especially in storms. The African Tulip is considered an invasive species in Hawaii. It has easily spreadable seeds and shade tolerant seedlings, which can grow virtually anywhere, outcompeting less aggressive species.

Mother Earth Tree Service gets many questions from clients about fruit trees. One common mistake is irrigating trees with drip lines. “Drip lines are great for gardens but terrible for trees,” says Becky. A tree responds to where a resource is available. If you have any kind of tree and you put it on a drip line, it’s only being watered in the top five inches of soil. This teaches the tree to develop shallow roots. What you end up with is an unstable tree that can be easily damaged or blown over in a storm.

Another common issue their team runs into with fruit trees is that there is often a conflict between a property owner’s desire for fruit production versus how they want the tree to look aesthetically. Optimum fruit production means more pruning, which doesnʻt always look pretty. Sun is also an important consideration with fruit trees. Citrus especially needs as much sun as they can get. Becky recommends planting them on the south side of your property to optimize sunlight hours.

I couldn’t resist asking Becky what her favorite tree is, and she doesn’t miss a beat. “Monkeypod,” she says, adding that “everything about them is grand.” While Monkeypods aren’t native to Hawaiʻi, you might say they are like a hanai child, unofficially adopted by the islands. The tree has a beautiful natural canopy that offers shade from the hot sun. Also known as the rain tree, Monkeypodʻs leaves fold up in the rain and at night. The tree responds well to pruning, which makes arborists like Becky happy. 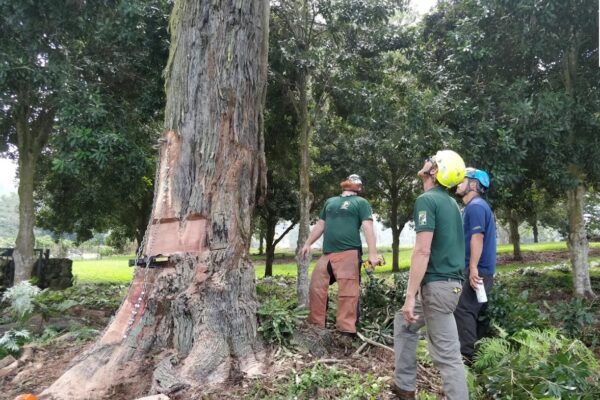 Support from the Suite Possibilities team allows Becky and her crew to spend more time doing what they love — meeting with trees and their people out in the field. “Our clients love that their call always gets answered by Amanda,” says Becky. They use Suite’s virtual receptionist service, office rental, professional mailbox, and bill pay services.

Founded in 2002 by Toby Johnson, Mother Earth Tree Service offers commercial and residential tree trimming on Hawaii Island, focusing on Kona to Waikoloa. They also offer consulting on what kinds of trees to plant, tree care, and property evaluation reports where they will catalog different trees. This is a common service for people who move to the island and buy property but often have no idea what’s growing on their land and how to care for it.

Educating their clients and the community about tree care, invasive species, and the significance of native and endemic species is a key part of their work. “We aim to expand the knowledge base of the island when it comes to trees, especially about our native trees, so that they don’t get removed,” says Becky. Her biggest piece of advice for people is don’t DIY. One bad cut on a tree can kill the whole tree. It’s always best to consult with an arborist first, even if you want to do the job yourself. 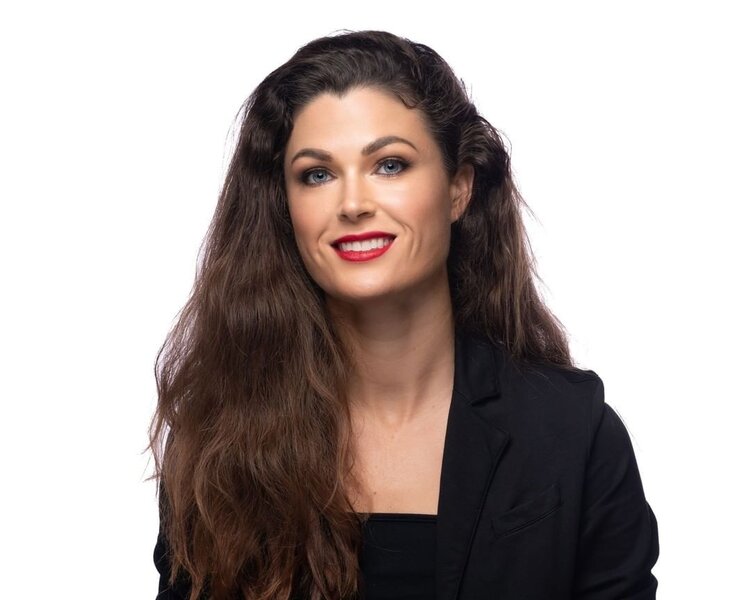 About the Author  Emily Gleason is a writer and web designer based in Kailua-Kona, Hawai`i. Learn more and connect with her at: https://mthewriter.com/ 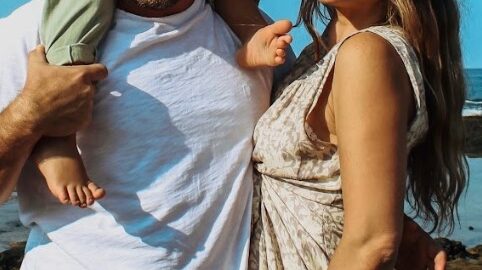 Jason Watford started his cleaning company in 2014 with a mop, a bucket, and 5,000 dollars. Eight years later, he’s built a commercial cleaning empire that serves over sixty different clients and employs dozens of employees and subcontractors across the Big Island of Hawai`i. He is also one of Suite Possibilities’ oldest clients. I sat down with Jason to learn more about his business and talk tips for island entrepreneurs.

Jason grew up working for his dad’s Service Master franchise in Panama City, Florida. His dad was a serial entrepreneur who owned many different businesses over the years. “I was his guinea pig,” says Jason. While he wasn’t always excited about the work as a teenager, he learned how a cleaning business operated and what it took to work for yourself — something that would give him the guts to start his own company from scratch years later.

Jason’s business, JW Cleaning Systems, LLC, began in 2014 with him driving around Kailua-Kona, Hawai`i in a used van, knocking on doors. He started out doing residential cleaning. Whatever jobs he could find, he took. He cleaned vacation rentals, private homes, windows, floors, you name it. He even delivered groceries a few times. His hard work was worth it. By 2015, he was bringing in 10,000 dollars a month from his residential cleaning accounts.

But then, he met a man who told him to give all his accounts away! Jason met Keola Boak, who had a successful commercial cleaning company, in a local chapter of the business networking group, Business Network International. “I was thinking, you’ve got to be kidding me,” says Jason. But he took Boak’s advice. He got rid of all his residential accounts but one and started going after commercial clients with a specific focus: financial institutions and commercial properties.

After a few nerve wracking months, the leap of faith paid off. He landed a contract with all the rental car facilities on the island. Then, a few months later, he landed a really big fish: Bank of Hawai`i. Jason remembers flying over to O`ahu for a meeting at the corporate headquarters. They asked how many employees he had and he said twenty-five. In reality, he only had two guys on staff. As soon as he got back to Kona, he started hiring people like crazy. Simply put: say YES and seize the opportunity. The details can be worked out later.

In 2017, Jason’s business grew by 400%. He credits Suite Possibilities for enabling him to scale. “Suites is an integral part of my business,” says Jason. “Without them, I wouldn’t be able to operate at the capacity that I do. They’ve got the entire administrative side of my business streamlined.” Jason uses the full portfolio of Suite Possibilities services, including bookkeeping, mailbox services, virtual receptionist, and more.

Jason is a father of two young boys – Declan and Phoenix – with his wife Sarah. One of the greatest benefits of scaling his business and delegating administrative tasks is more time for his family. It also means more time for his passions like hunting and golfing. “For me, entrepreneurship is about the pursuit of personal freedom,” says Jason. There is less stability than a 9-5 job, but you get to build the life you want.

As someone who has gone from humble beginnings to extreme success in the span of just eight years, I asked Jason if he has any words of wisdom for entrepreneurs just starting out. He shared three key tips:

Just take action. Get a mop and a bucket and start knocking on doors. Don’t worry about the details. Just move your feet and the rest will follow.

“I see so many people get hung up on their expenses, their profit and loss, their marketing, etc.,” says Jason. “In the beginning, just focus on sales. As long as you’re selling and closing, you’re going to be just fine.” Jason likes to live by the acronym ABC – “always be closing”.

While Jason may be a natural salesperson, the art of sales can be learned for those less inclined. He suggests to stop thinking of sales as sleazy. Everything in life is a sell, whether you’re going out on a first date and trying to get the girl or guy to like you, negotiating with a client, or bargaining at the flea market, he says. There are many resources out there for learning how to sell. He recommends a classic: Dale Carnegie’s How to Win Friends and Influence People as a must read for entrepreneurs.

“I’m not the smartest guy in the room,” says Jason. “I am where I am because I am surrounded by smart, dependable people.” They include his long term mentor and friend Keola Boak, his employees, the Suite Possibilities team, and a network of professionals and business owners who he regularly bounces ideas off of. Asking for help – it’s probably the most important thing an entrepreneur can do.

About the Author  Emily Gleason is a writer and web designer based in Kailua-Kona, Hawai`i. Learn more and connect with her at: https://mthewriter.com/

Do you worry that not all your business calls will get answered? Are you short on staff or spread for time? We have compiled a list about the benefits as to why you should hire a Virtual Receptionist to help you with your business.

Which benefit did you find most helpful? Reach out to us today to optimize your business with A Suite Possibilities Virtual Receptionist!